1. What part of the cell is responsible for breaking down and digesting things? – lysosomes

3. Name an Organelle which serves as a primary packaging area for molecules that will be distributed throughout the cell? – Golgi apparatus

4. Name the outer most boundary of cell? – Plasma membrane

5. Name the process in which the ingestion of material by the cells is done through the plasma membrane? – Éndocytosis

6. Which among the following sentence is not correct about the organelles? – They are found in multicellular organisms.

7. Name an organism which contains single chromosome and cell division occurs through fission or budding? – Prokaryotes

8. The jelly like substance present inside the cell is known as – Cytoplasm

9. Cell theory states that – cells are fundamental structural units of plants and animals

10. Food is converted to energy in – mitochondria

12. Plasma membrane is composed of – protein and lipids

13. Mitochondria was first discovered by – Altmann

14. Majority of cells cannot be seen with our naked eyes because – cells are microscopic

15. Green colour of leaves is due to presence of the pigment – chlorophyll

16. The thread like structure found in nucleus are – Chromosome

17. Who proposed the fluid mosaic model of plasma membrane – Singer and Nicolson

18. What is tonoplast in cells – membrane boundary of the vacuole of plant cells

19. Cell theory was proposed by – Schleiden and Schwann

20. Cell theory is not applicable to – Virus

21. In higher plants the shape of the chloroplast is – Discoid shape

22. The main function of centrosome is – Formation of spindle fibre

25. What make parts of the endoplasmic reticulum rough? The presence of – Ribosome

26. Lysosomes can be expected to be present in large numbers in cells which – carryout the phagocytosis

27. Do bacteria cells have nucleus – In bacteria the genetic material dispersed in the cytosol and there is no internal membrane that delimits a nucleus

29. In a normal human being number of chromosomes is – 46

30. Pigments containing bodies which are bounded by membrane are called – plastids

31. What is the fluid that fills the nucleus called? – karyolymph, or nucleoplasm

32. The first living cell was discovered by – Leeuwenhoek

35. The cell wall in fungi is composed of which one – Chitin

36. Which one is called power house of the cell – mitochondria

37. Which one is called the kitchen of the cell – Chloroplast

38. The orange colour of carrot is due to the presence of – Carotene pigment

40. What is mean by carcinogenesis – conversion of a normal cell into cancerous cell

41. Which pigment present in the cell vacuole which provide colours to flowers – Anthocyanin

42. Which is called the unit of inheritance – Chromosomes

43. Plastids are found only in plant or animal cell ? – plant cell only

44. DNA was discovered by – James D watson and Francis Crick

47. The red colour of tomatoes is due to the presence of which pigment – lycopene

48. Which one is the non – living matter of the cell – Deutoplasm

51. The inner membrane of mitochondria has many folds this is called – Cristae

52. Chloroplast is the site of which function – Photosynthesis

53. Which one is called the controlling centre of cell – Chromatin

54. Which is a result of uncontrolled mitosis cell division – Tumour or cancer

58. The spherical organelles bounded by a single membrane. They are found in the cells of Protozoa, fungi, plants, liver and kidney of vertebrates – peroxisomes

59. The nucleus was first discovered and named by – Robert Brown

61. The study of cancer is called – Oncology

62. Lymphoma is a type of cancer. It affects which part of body – Lymphatic tissues

63. Ribosomes were discovered by – GE palade

64. Centriols and centrosomes are present only in plant or animal cell – Animal cell

65. Centrosome was discovered by – T boveri

66. In RNA which one is present in place of thyamine – Uracil

67. The main function of DNA is – It controls Heredity, Evolution, Metabolism, Structure and differentiation.

68. The main function of RNA is – protein synthesis

69. In which virus RNA is a genetic material – HIV, Reovirus

70. Most of RNA found in which part of the cell – Cytoplasm

74. The medium which is used to mount the cleaned section on a slide – Canada balsam

76. During meiosis crossing over occurs at – Diplotene

77. Prior to division each chromosome is composed of two genetically identical parts are called – Sister Chromatid 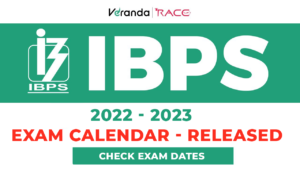 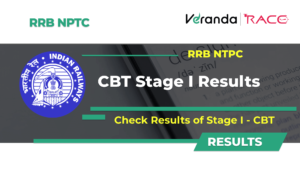 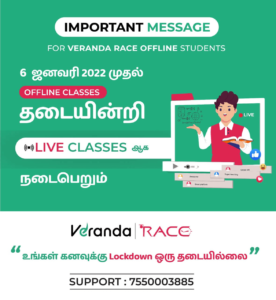