How to Score 25 out of 25 in TNPSC Maths? – Special Program for all

Since it is expected TNPSC to release the selected candidates list, most of us might know the Marks we could score; by comparing our attempt & answers released on the Official website.

So, it is either going to be a Victory or a Try for us. No matter whatever the case, we will directly look for the Next Big Recruitment Notification from the TNPSC whch is ofcourse “The TNPSC Group 2 Recruitment 2019”.

TNPSC is lkely to release the Group 2 Recruitment Notification before the end of September 2019.

Those who gaze for TNPSC Group 2 Recruitment Notification should also look back and learn from the TNPSC Group 4 Exam attempt we gave recently. Because, the TNPSC Group 2 will not going to be as easy as the Group 4 and we should be more qualified to compete the Degree Level Examination. 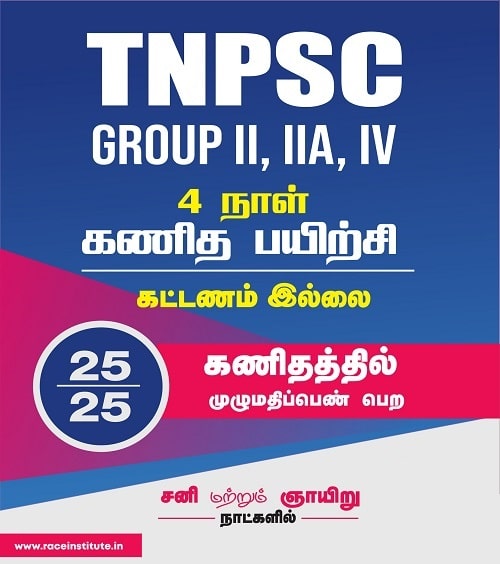 Most of the candidates will never try the Maths Questions in TNPSC Exams and knowingly leaving themselves in the dark by letting 25 Marks go just like that.

Scoring 25 out of 25 in TNPSC Maths is not going to be so easy; but it is possible with the strategy that we follow in RACE Institute.

Our RACE TNPSC Department is to conduct Score 25 out of 25 in TNPSC Maths Special Classroom Sessions on 21, 22, 28 & 29 September 2019 in selected Branches of RACE Institute.

The 4 Days Program is going to be completely FREE for ALL. TNPSC (RACE or Non-RACE) Candidates who interested can attend the Program with a Simple Registration. 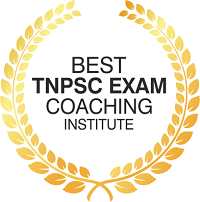 Want to crack any one of the TNPSC Exams this year?