SSC CHSL Examination is conducted once in a year for the posts of Lower Divisional Clerk/ Junior Secretariat Assistant, Postal Assistant/ Sorting Assistant and Data Entry Operators for various Ministries/ Departments/ Offices of the Government of India.

Candidates who are Interested to get a Central Govt Job and eligible to apply for the vacancies are advised to go through the Notification snippets mentioned below & Apply Online on or before the last date that is 10-01-2020.

Apart from the Nationality / Citizenship of the candidates applying, there are Age & Qualification requirements that a candidate who wishes to apply for the SSC CHSL Recruitment to fulfill as shown below. 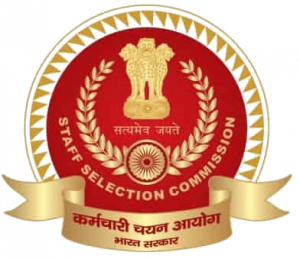 Are you Self-preparing for Central Govt Jobs?

Checkout the permissible relaxation in upper age limit for different categories are as per Govt rules and regulations here.

Candidates must have passed 12th standard or equivalent or higher examination from a recognised board or university by the Govt. Of India or any equivalent qualification recognized as such by the Central Government.

For LDC/ JSA, PA/ SA, DEO (except DEOs in C&AG): The candidates must have passed 12th Standard or equivalent examination from a recognized Board or University

For Data Entry Operator (DEO Grade ‘A’) in the Office of Comptroller and Auditor General of India (C&AG): 12th Standard pass in Science stream with Mathematics as a subject from a recognized Board or equivalent.

The candidate must possess valid Mark-sheet / Degree Certificate that he/ she is a graduate on the day he / she registers and indicate the percentage of marks obtained in Graduation while registering online.

Candidates may ensure that they fulfil all the required Physical Standard, Physical Efficiency Tests and Medical Standards before opting for the post of Lower Division Clerk in BRO.

Details attached with the Official Notification below.

Marks scored by candidates in Computer Based Examination, if conducted in multiple shifts, will be normalized by using the formula published by the SSC through Notice No: 1-1/2018-P&P-I dated 07-02-2019 and such normalized scores will be used to determine final merit and cut-off marks.

A: Applications must be submitted in online mode only at the official website of SSC Headquarters i.e. https://ssc.nic.in. For detailed instructions, please refer to the official notification (file attached to this post). The last date for submission of online applications is 10-01-2020 (24:00 Hours).

A: The SSC CHSL recruitment 2020 is to conduct Tier 1 Exam in March 2020. A solid 4 months available in between for a candidate to prepare for the examination. We suggest Joining the RACE Institute, with the strongest Coaching strategy we made thousands of central govt employees every year. Call: 9043303030 now or check SSC CHSL Coaching Details here

Q: For which posts are the SSC CHSL exam conducted?

A: No, candidates from 18-27 years of age are only eligible to apply for the exam.

Q: Is there any age relaxation in the eligibility criteria for Scheduled Caste (SC)/Scheduled Tribe (ST) candidates?

Q: What is the application fee for SSC CHSL exam?

Q: How many tiers does one need to clear to qualify the SSC CHSL exam?

A: There are three tiers in the SSC CHSL exam – I, II and III. Candidates need to clear all the three tiers to qualify for the exam.

Q: What are the minimum eligibility criteria for the SSC CHSL exam?

A: Candidates need to clear class XII from a recognized board to be eligible for the exam.

Q: Is there any negative marking in SSC CHSL exam?

Q: How many times is SSC CHSL conducted in a year?

A: Each tier of the SSC CHSL exam is conducted once a year.

Q: Is it mandatory to appear for all the tiers of the SSC CHSL exam?

A: Yes, candidates need to appear for all the tiers of the exam to qualify for the SSC CHSL exam.

A: All tests are bilingual, i.e. available in both English and Hindi except the English Language.

Q: Is there any Negative Marking in the SSC CHSL Online Exam?

A: Yes, there is a negative marking for wrong answers in Tier-I of SSC CHSL. 1/4th of the total marks will be deducted for the question marked wrong by the candidate.

Q: Are there fixed timings for different sections in SSC CHSL Tier-I Exam?

A: No, there is no sectional timing in SSC CHSL Exam. The total duration of the Tier-I exam is 60 minutes. 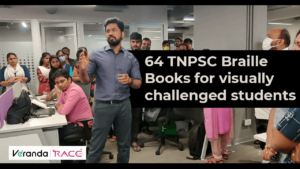 Veranda RACE released the TNPSC Braille Books for the visually challenged students to prepare for the TNPSC Exams. This will help the Blind students.

Veranda Race Toppers list along with downloadable certificates for the students who have exceled in the Test Series and the Circles in Online & Offline Mode.

Rate our Race Institute Online LIVE Classes for Banking, SSC & TNPSC Courses. The feedback will help us to improve our classes and facilities in Race

You are fit enough to crack SSC CHSL Exam. Get it Now.