After releasing TNPSC Group II Interview Post Notification, the Tamilnadu Public Service Commission became notable to many of the aspirants who looking to compete the Recruitments conducted by TNPSC.

In RACE Institute, there are plenty of aspirants who joined to get coaching for TNPSC Examinations have applied for the 1200 TNPSC Group II Vacancies and preparing in the motive of getting an offer letter from the State Govt.

Since the candidates were fully committed to the Recruitment, we had also provided special Materials, Practice Programs and Online Exam Series for the candidates preparing for the examination. 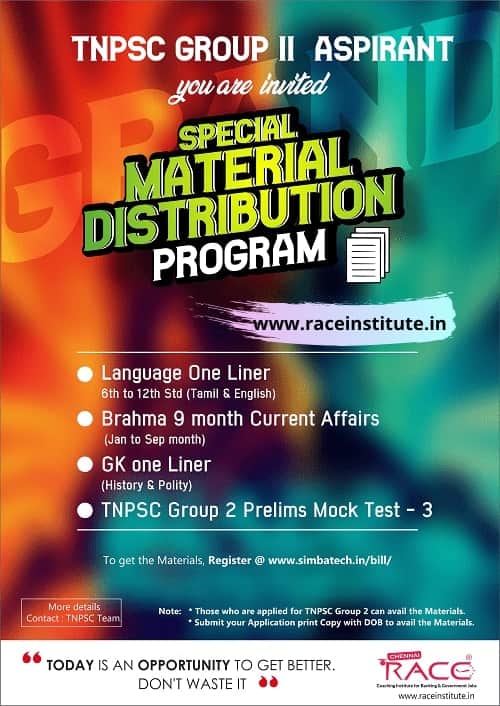 Students who had applied for the TNPSC Group II Interview Posts 2018 are becoming eligible to collect this Material.

Registration for the event has been open.

Those who have registered in Simbatech can collect this KIT by submitting TNPSC Group II Application Printout & DOB Proof.

Students are advised to register at the link provided below.