Which one is a better option for Girls between SSC CGL and Bank PO? 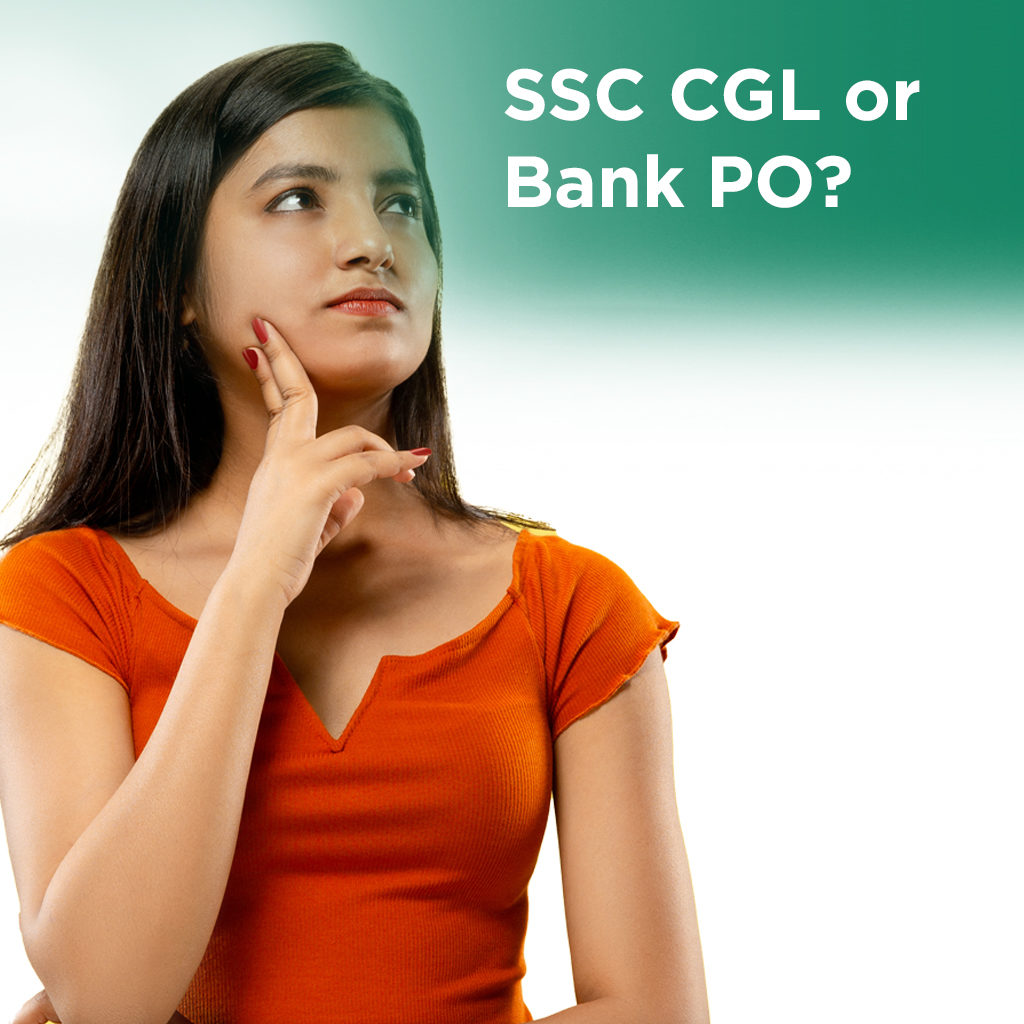 Both Bank PO and SSC CGL exams are good opportunities to boost one’s professional career and reach one step ahead of others in life. After getting recruited, candidates will be able to receive multiple benefits, organisational perks and a lucrative salary, which will secure their future.

A lot of people may ask which one is a better option for girls between SSC CGL and Bank PO, but answering this particular question is not as easy as you think. We have to look at numerous aspects of the posts that a girl can get after successfully passing in SSC CGL and Bank PO exams. Not to mention, the individual personality of the girl, her leadership abilities, her soft skills and her mindset will also play a pivotal role in determining her career progression.

Bank Probationary Officer (PO), on the other hand, is conducted by the Institute of Banking Personnel Selection (IBPS). The IBPS, along with the State Bank of India, recruit numerous candidates who have successfully passed the Bank PO exam (Either IBPS PO/SBI PO/IBPS RRB PO). To know more about the exams, let us follow the table below.

The job one gets after successfully passing SSC CGL and Bank PO exams are considered to be safe and secure because the candidate (whether male or female) will work either in an Indian bank (in the case of the Bank PO Exam) or any government organisation or department (in the case of the SSC CGL Exam).

If one enters a government organisation or department through the SSC CGL Examination, then they will have the opportunity to reach positions other than the topmost positions in their respective departments, ministries or organsation during the course of their professional career.  The topmost positions in the central government jobs are usually only available for officers from Indian Administrative Service (IAS), Indian Police Service (IPS), Indian Revenue Service, etc.,  and those candidates who have qualified the Union Public Service Commission.

In Banks, the highest level of entry is that of the Probationary Officer (PO). A position as the Probationary Officer in a bank will help you to rise to the position of Chairman and Managing Director and Chief Executive Officer of an Indian bank during the course of your professional Banking career. In the banking sector, promotions are much faster and happen at regular intervals.

If an employee (female) possesses exceptional leadership qualities, then she has the chance of being promoted more quickly in the banking sector than she would while working in government organisations if she has cleared the SSC exams. To know more, let us look at the details below.

In most cases, the official time for SSC CGL candidates would be 10 am to 5 pm. On the other hand, the office timing for the IBPS PO employees is also the same, but sometimes, due to extra workload, the employees may not leave the office so early. Oftentimes, the Bank PO employees face more work pressure than SSC CGL employees.

That is why if a girl is going to choose between these two jobs, she must also consider the working schedule as an important factor.

The salary of SSC CGL employees is a little bit higher than the Bank PO officers, but the Bank PO employees can also receive various other benefits from the respective banks. The benefits are very limited for SSC CGL employees. Moreover, career promotions are also very frequent in the banking sector compared to SSC CGL. The following table will give you more information about the salaries and benefits of both SSC CGL and Bank PO.

Job Postings and Transfers in SSC CGL and Bank PO

If one has opted for a job through the SSC CGL Exam, then except for Central Secretariat Services (CSS) posts, candidates will receive a job transfer once every 4 to 5 years. Mostly the employees selected through SSC CGL Exam will remain in metropolitan cities, district headquarters and state capitals.

In the case of Bank PO, the employees will receive a job transfer once every 2 to 5 years. Moreover, in both sectors, the transfers are based on promotions as well as seniority. Employees selected through Bank PO Exam, such as the IBPS RRB PO, may have to remain in rural areas where most amenities sometimes may not be available as in metro cities. Any girl who is determined to pursue a career in Bank as a Probationary Officer wouldn’t mind working in a bank while expecting transfers to different places frequently throughout their professional career.

As a female candidate, if you want to prepare for SSC CGL or Bank PO, you need to consider if you will be able to take care of all the requirements and responsibilities that come along with the roles as explained above. Especially, you must take into consideration the fact that you will receive job transfers to different locations other than your home city or locality regularly.